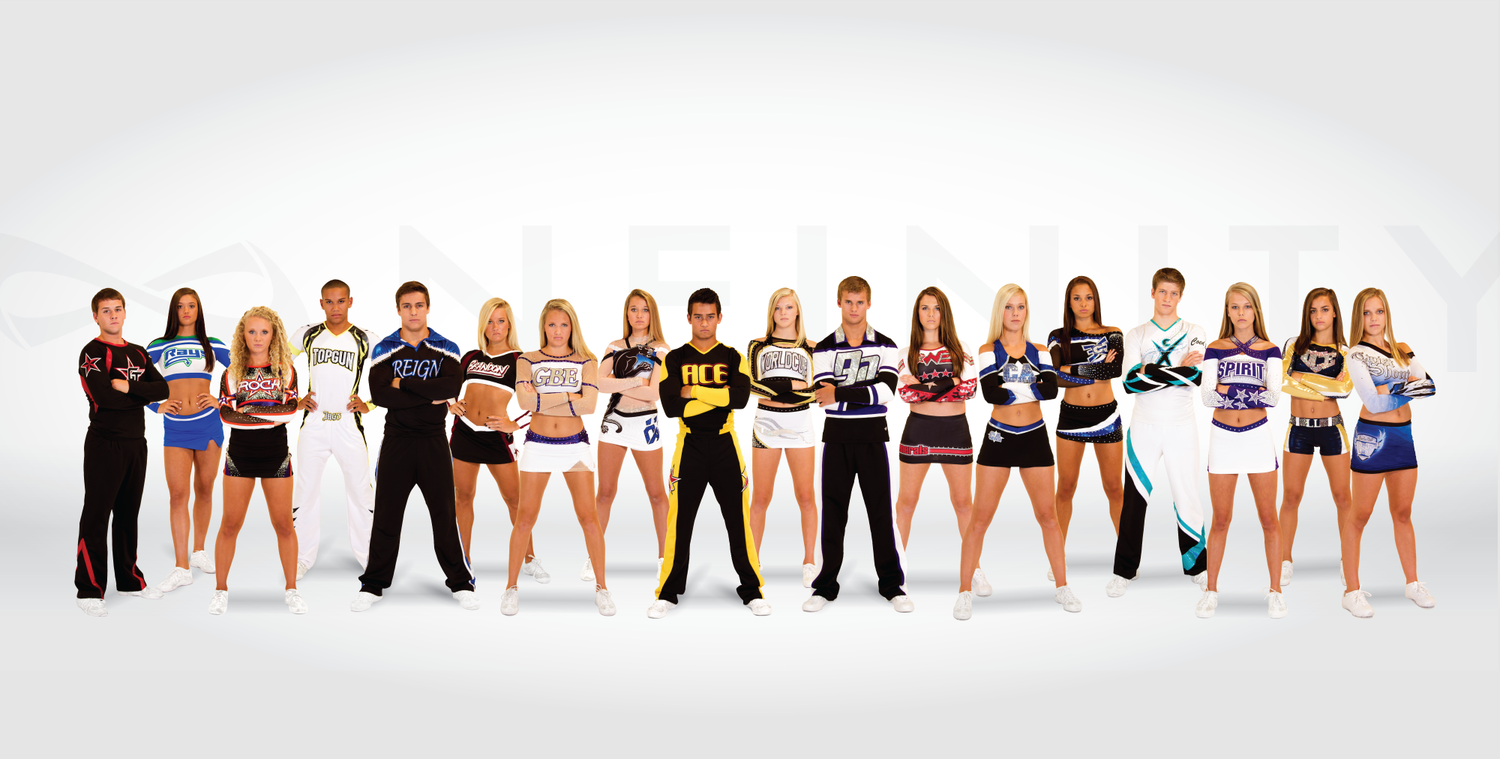 With the Nfinity Champions League Competition starting today, we thought we would introduce you to some of the elite teams that are competing. If you are like us and want to get there to watch first hand but cannot, don't forget that it will be broadcast in a theater near you on April 10th.

They have locations in 2 states with 4 gyms; 1 heart of gold.

Originally purchased from Tate Chalk, the now owner of Nfinity Athletics.
They have 3 gyms and 32 all star teams.

Known as one of the best.

Over 500 athletes, 27 cheer teams, 4 world champion gold medals and hundreds of national titles over the past 14 years.

They probably have the biggest following.
3 gyms, 14 World Championships, 7 Silvers, and 3 Bronzes at the USASF Worlds.


So those are the teams that are competing in the first ever Champions League. Which one do you think will come out on top? There were some teams that we couldn't find much information on. If you have any be sure to leave a comment below.

at 12:00 AM
Email ThisBlogThis!Share to TwitterShare to FacebookShare to Pinterest
Labels: Competition, Nfinity Champions League